Pemba is the capital of Cabo Delgado Province, the northern most province of Mozambique bordering Tanzania. Together, Anadarko (American) and Exxon (American) as consortium leaders of off-shore areas 1 and 4, respectively, have discovered gas fields potentially suitable to transform and export as LNG to European and Asian markets. The resources discovered in exploration phases on the off-shore areas are in the range of 100 to 120 tcf gas in place.

Anadrako and ENI had used Pemba as the hub for their upstream off-shore activities. Some of the activity will now also be shared with Nacala Porto further south for the Coral FLNG project that will deliver first gas in 2022. Exxon has yet to indicate where their logistics will be supported by. For the time being the focus is all on Palma. Visit Palmaland or Afungi for more on Palma.

Anadarko’s projected location for the LNG plant for Cabo Delgado is Palma, the northern-most district on Mozambique’s vast shoreline. It is the closest land point from the gas fields that will be developed.

The coastline of Cabo Delgado is home to the Quirimbas archipelago, of approximately 27 islands, stretching from the border with Tanzania down nearly 250 km towards Pemba City. Pembaland also provide brokerage of some of these island investments that are for seeking development capital or are exiting, as well as locations on the pristine beaches along the Cabo Delgado coastline. Please contact us with your interests. 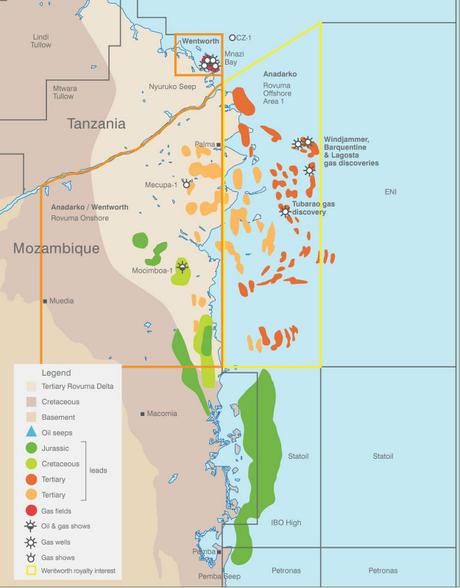